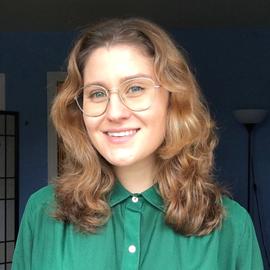 Chloé Savignac is an MSc student in Neuroscience at McGill University interested in human-defining cognition, especially language and prosocial behaviours. She joined the lab in January 2021 after graduating First Class Honours from a B.A. & Sc. in Cognitive Science at McGill University. Her current research efforts are focused on applying tools from Big Data analytics to answer long-standing neuroscience questions in population datasets. As part of her master’s degree, Chloé is investigating the co-variation between the hippocampus and default network in populations of healthy individuals at risk of Alzheimer’s disease. Outside the lab, Chloé enjoys learning how to cook new vegan recipes and salsa dancing.